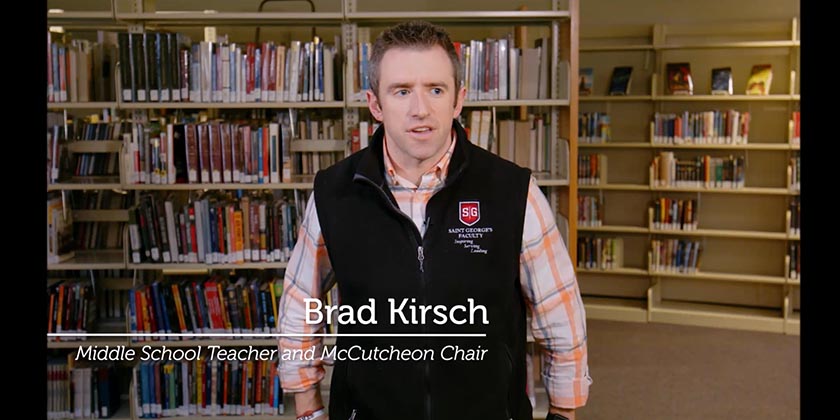 As was fitting for “An Evening Full of Stars” honoring Saint George’s great teachers, the five-minute video shown at the Gala Auction on May 6 showed every member of the SGS faculty in action. View the Gala 2022 Teacher Video, produced by 12 Acre Films, with both teachers and students talking about what they love about teaching and learning at Saint George’s. 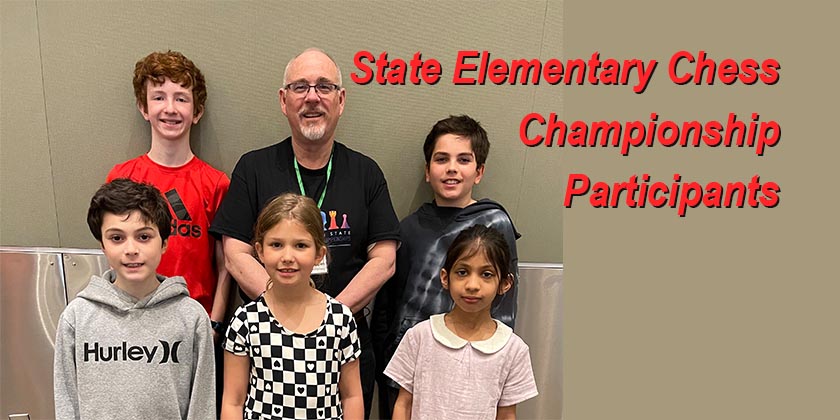 Five Saint George’s students competed at the Washington State Elementary Chess Championship on April 30 at the Tacoma Convention Center. The event returned to in-person after two years online. Only one in-person scholastic event was held in Spokane during these two years — the Dragonslayer at SGS in March.

Two of our students had participated before COVID and had experience with such a large event. For the other three, it was their first or second in-person event. All SGS students won at least one game. Claire Spelman, playing in her first tournament, had two wins. Veteran players Noah Hochheimer and Donovan Bradford also finished with two wins each. Luca Hochheimer and Asmi Jain, both playing in their second rated tournament, each finished with one win. The students received participation medals. The event results and player ratings are available by grade at http://www.ratingsnw.com/tournreports.html.

“It was a rough beginning at the start of round one as the website with the pairings crashed when hundreds of parents and coaches all tried to access it at once,” says SGS chess coach James Stripes. “Organizers were prepared for such technical difficulties, so the pairings were also posted in the playing room.” After the competition finished, James was able to join the SGS students and parents at our team table. “I saw only smiles and enthusiasm, even as it was clear that the children were growing tired.” 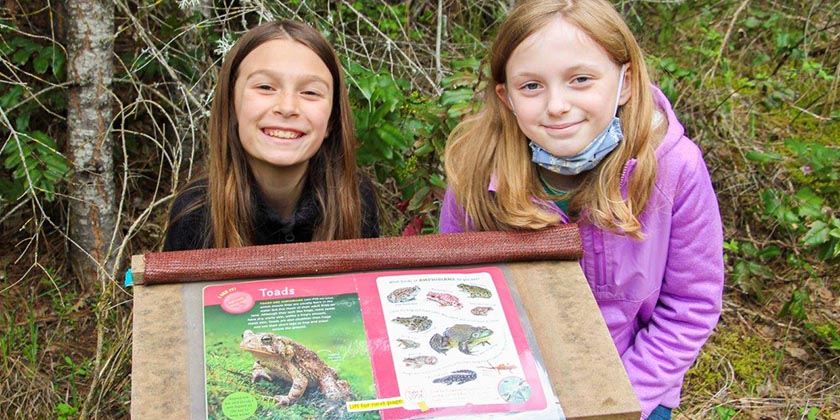 Story Trail Updated for May

On May 2nd, the 5th graders put a new story onto the story trail above campus. See a Photo Gallery of them placing the new story with trail tips about plants and animals that you could see in the woods!

You have only a few more days to Register to Attend the annual Gala Auction fundraiser on May 6 for “An Evening Full of Stars” to honor and support Saint George’s remarkable faculty and join more than 170 members of the SGS community who have already signed up! Tickets are just $30 per person for cocktails, hors d’oeuvres, and live and silent auctions beginning at 6pm at the Kalispel Golf and Country Club just up Waikiki Rd. from the school.

See more of the silent and live Auction items below, and plan to bid on these and many more unique gifts and experiences at “An Evening Full of Stars”! 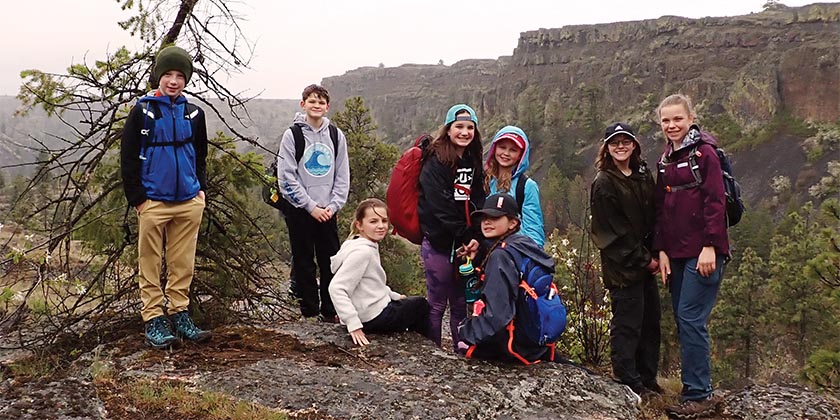 5th to 7th graders joined the Outdoor Club for a weekend camping trip to Grand Coulee on April 30-May 1. It was wet on Saturday, but the sun came out for their Sunday hike to a great overlook above Banks Lake. See a Photo Gallery shot by Melanie Mildrew. 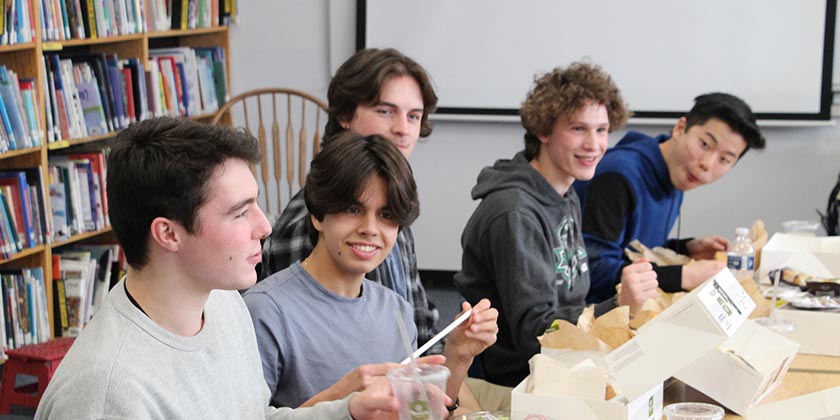 The five 13-Year Seniors of the Class of 2022 (James Gunn, Tariq Ravasia, Max Rickard, Jack Morris, and Ethan Wu) were honored at a lunch in the Lower School Library on April 22. See a Photo Gallery of them hearing memories of their days in the Lower School from former teachers, and watch a Video of them remembering their roles in several on-going Lower School activities — 1st Grade Penguins, 2nd Grade Wax Museum, and their 5th Grade performance of “You’re a Good Man, Charlie Brown”. Plus see More Photos of the former Lower School teachers who came to celebrate with their former students and colleagues.